The official rules of pickleball

Ready to learn about what’s allowed and what’s not allowed in pickleball? Our rules section covers everything from time outs to scoring, dead balls to the non-volley zone, faults and how to make line calls.

Read up on the rules of the pickleball to help you jump into the game with ease.

Make sure your pickleball court is marked with the right lines, has the correct dimensions and measurements, and that your net is positioned correctly and at the right height.

Read on to find out everything you need to know about pickleball court specifications.

The USAPA has established guidelines about how much a ball should weigh, it’s exact diameter, and the size of your pickleball paddle.

Learn more about footwear, what’s appropriate attire on a pickleball court and what equipment you need to have a blast on the court. 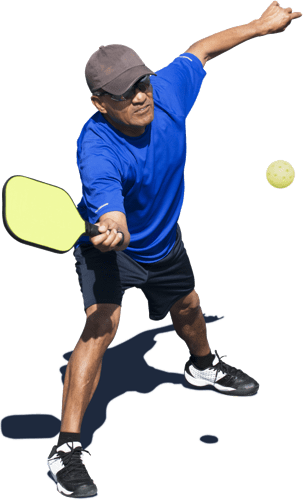 How to play the pickleball game

Pickleball is a mixture of a few different sports combined in one. For example, it’s played on a badminton-size court, the ball is similar to what’s used in wiffle ball and you use a racket that basically an oversized Ping-Pong paddle. The court, which is often a converted tennis court, is 20 feet by 44 feet, and the net is 34 inches high at center and 36 inches at each side.

The game begins when the ball is served diagonally over the net, clearing the seven-foot no volley zone and into the left service court. The ball must be served underhand, below the waist and in the air (not off of a bounce). At the end of each point, the server will switch over to the left side of the court, serving into the opponent’s right service court. Players will continue hitting the ball over the net until someone hits the ball out of play or is unable to reach and return a ball that lands in fair play.

While doubles pickleball is the most popular, singles play is also common.

Rules Where to play