The 20 Surprising Health Benefits of Playing Pickleball for Seniors

Most people play pickleball because it’s just fun. However, there exists a positive side effect to having that fun and it comes in the form of health benefits. Getting off the couch and onto the court offers a range of health perks, including mental health.

While pickleball is less strenuous than playing tennis, before you lace up your pickleball shoes and hit the court, it’s important for seniors to check with their doctor and let their primary care physician know what they're planning to do and make sure they’re cleared for this type of exercise.

Top 10 Reasons to Play Pickleball and Why is it So Popular?

There are psychological and social benefits to playing sports. There are health benefits as well, but most people you ask about the sport will tell you they play it because it’s just a darn good time.

Let’s look at the top 10 reasons people are getting hooked on this game.

What’s with All the Nicknames for Pickleball? (And How did the Sport Actually Get its Name?) 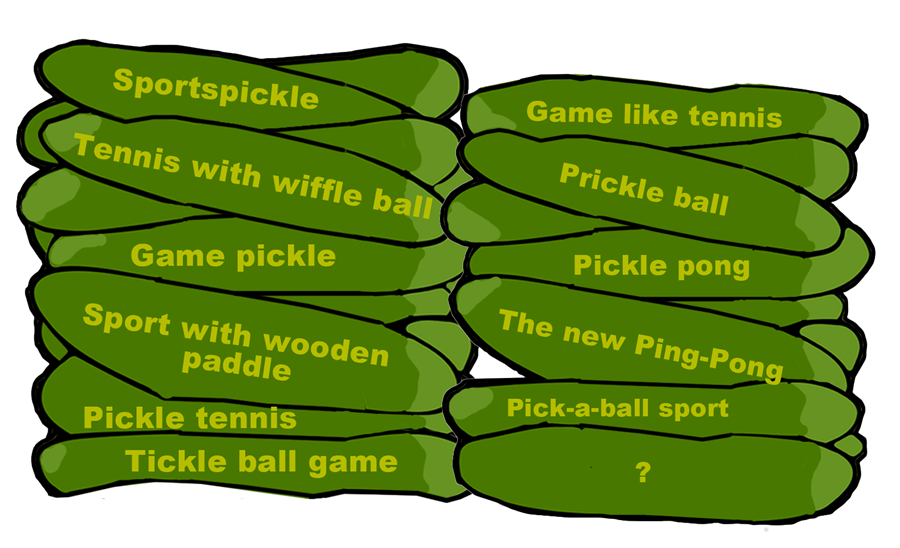 Of all the sporting activities that people take part in, none are as humorously named as pickleball. Why would a sport that has nothing to do with pickles take on such a name?

Pickleball, which was invented at the residence of Joel Pritchard on Bainbridge Island in the state of Washington in 1965, is now a sport enjoyed by many thousands of people all over the world. It’s a bit of a quirky game as it’s a combination of many different sports including tennis, table tennis (Ping-Pong), Wiffle Ball and badminton.

It’s fitting that it has a quirky name, which has led to people misremembering or mishearing what it’s called. It has also led to many people coming up with their own hybrid names.

Pickleball Balls: Which is the Best for Indoor & Outdoor Play?

To enjoy the game of Pickleball you will at least need a paddle and a pickleball ball. While there are huge pickleball paddle selection, it’s way easier to find the right ball to play. Pickleball ball is made out of plastic and beginners often assume that balls last forever, but it’s simply not true.

Durability is one of the most important characteristics as some balls need replacement just after a few games. Plastic tends to crack or ball develops a wobbling which will make the game less enjoyable.

If you can’t find a pickleball court near you, you might have to consider setting up one by yourself on an existing tennis court.

It’s very important to remember that for any permanent changes, you must get a permit from your city or town. Don’t paint any lines, drill holes or do any other permanent changes to the court without written permission, because it’s illegal. 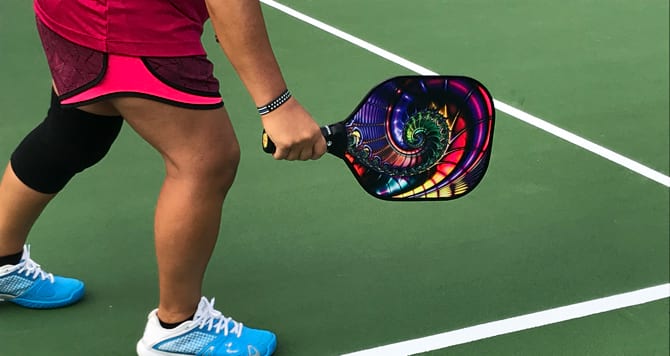 Pickleball paddle is one single most important piece of equipment that you will need to enjoy the game.

With Pickleball growing fast in popularity, many new paddles are introduced to the market making it quite difficult to choose the right one. While it’s easy to get dazzled by different design and shapes of the paddles, we recommend you stay focused on the main specifications while choosing the right paddle: material of the paddle, weight, size of the head and grip.