What’s with All the Nicknames for Pickleball? (And How did the Sport Actually Get its Name?)

Of all the sporting activities that people take part in, none are as humorously named as pickleball. Why would a sport that has nothing to do with pickles take on such a name?

Pickleball, which was invented at the residence of Joel Pritchard on Bainbridge Island in the state of Washington in 1965, is now a sport enjoyed by many thousands of people all over the world. It’s a bit of a quirky game as it’s a combination of many different sports including tennis, table tennis (Ping-Pong), Wiffle Ball and badminton.

It’s fitting that it has a quirky name, which has led to people misremembering or mishearing what it’s called. It has also led to many people coming up with their own hybrid names.

The pickleball has an air of mystery around it, and no, it has nothing to do with the delicious briny dill pickles we all enjoy so much. As a matter of fact, there is a fair amount of discussion about how the game got its name. There are two popular competing stories about who and how pickleball was chosen as the name, which we’ll give clarity to below.

Was pickleball named after a dog?

Pickles, a cocker spaniel and family pet of one of the pickleball inventors, Joel Pritchard, has gotten a lot of notoriety over the years. It’s widely rumored that the sport is named after the canine after it had joined in on the family fun, often running away with the ball.

However, a 2005 interview with Pritchard’s daughter, Peggy, reveals that Pickles didn’t join the family until two years after the game was invented. Rather, she says, the dog, Pickles, was named after the game.

However, the story is playful and somewhat humorous, so it stuck. 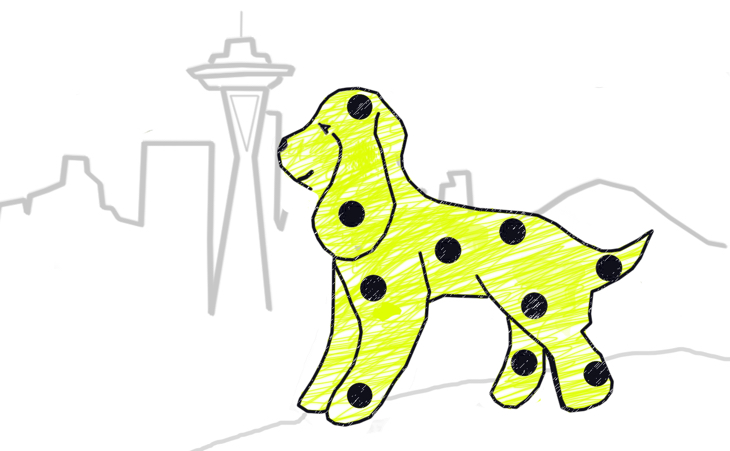 Where did pickleball name come from?

While it might be more fun to think the sport’s name took on that of a playful canine’s, the actual name came from Pritchard’s wife, Joan, who was a competitive rower in college.

Joan said in an interview with the Parkersburg, West Virginia News and Sentinel that because the game was a mix of different sports, it reminded her of a pickle boat crew, the members of which were chosen from the leftovers of other boats, and pickle boats in the fishing industry were often the last to dock among other boats after a day of fishing.

The story isn’t as cute as the one about the dog, so it doesn’t get as much traction, but seems to ring truer given the evidence.

Funny and strange names people use searching for information about pickleball

Competitors who have been bitten by the pickleball bug have just as much fun coming up with other names for their beloved sport. Those who are new to the sport might even misremember or mishear what it’s called, which can lead to some bizarre terms for the game.

From sportpickle to tickleball – there is no shortage of names for the game.

The first game of pickleball was played with table tennis paddles, which are made of wood. As the sport evolved, wood remained the popular material for the construction of the paddle, which is now much larger than a table tennis paddle. Calling it the “sport with a wooden paddle” isn’t far off the mark, but higher-end paddles today are made from any combination of fiberglass, polymer, aluminum, Nomex and graphite.

Not everyone is going to go out on a limb to come up with a witty name for their favorite sport, and this apparently is the case with those who prefer to call it “pickle game.” These are people who just want to get out there and enjoy the competition and have little to no time for hijinks.

Sure, it’s a sport and it’s got the name “pickle” in it. Why not just mash them together?

This is actually quite fitting, as it conveys the tennis-like aspects of the sport. But with “pickle” thrown in the front, you know there is more to it than the traditional game of tennis.

This is actually quite fitting, as it conveys the tennis-like aspects of the sport. But with “pickle” thrown in the front, you know there is more to it than the traditional game of tennis.

Most people will laugh when they’re tickled. Furthermore, saying your were “tickled” by something means that you were amused, and given the rate at which people become addicted to the sport, they’re certainly tickled, giving this moniker some degree of worth.

Maybe someone misheard it the first time around as “prickle ball” and it just stuck. However, it might have derived from someone who had a particularly bad day on the court (btw – a bad day of pickleball is still a good day). They might have felt a bit perturbed by their performance and came off the court saying, “I did nothing more than play prickle ball today!” While it’s an easy game to learn, playing against someone with a high level of skill can lead one to feeling rather pricked.

Bored with table tennis (Ping-Pong) but want to use a similar paddle in a different sport? Want to get some more cardio in your workout? Pickleball, “The new ping pong,” will make you break a sweat and the paddles are similar, only larger.

The table tennis (Ping-Pong) reference works its way nicely into another pickleball nickname.

Again, this could be derived from someone mishearing or misremembering the name the first time they played it. But it could also be a reference to the many sports from which the game borrows from. You’re essentially on a tennis court, which means you might feel like you could be using a tennis ball. You’re playing with oversized table tennis paddles, so perhaps a table tennis ball might also be appropriate. Given that the court dimensions in pickleball are that of a badminton surface, you might think you should be knocking around a shuttlecock. “Pick-a-ball” sounds quite close to pickleball, so it all works together quite nicely.

Input from our audience

We are always eager to hear from our audience and this time two of our readers came through with nickname suggestions:

"Ping-pong on steroids" - submitted by our reader Karen Berry. She explained that the nickname comes handy when explaining the game mostly to beginner players or new people that are interested. "I’d say more of a slang, Like” Giggle while you pickle". - wrote Karen.

What’s your pet name for pickleball?

What names have you and your friends/competitors come up with for the game? We want to keep everyone up on the latest nicknames, so leave a comment or reach out to us.